So Saturday is here, it’s my favourite day because I haven’t got to go to work……but I do have to look after my two boys aged 8 and 5. Daddy works Friday nights so he needs to sleep on Saturday so that leaves me to entertain them.

In a previous post about the school holidays I wrote about the challenges of a child with autism who struggles without the school routine and the weekends are no exception.

In the morning my husband takes my eldest to his football so I do a few chores round the house and Edward generally does his own thing. He likes to chill out on his tablet or watch a film.

After football this Saturday I took them to McDonalds for lunch whilst Daddy had a couple of hours kip and met up with my camping buddy and her children. Edward was reasonably well behaved in McDonalds especially now they have tablets and the touch table, Edward was so excited about these. Only my friend and I were sat at another table, but did that stop Edward? Oh no, He was more than happy to sit there by himself and play, even when another family went to sit down he stayed there and spoke gibberish to them. The only problem is that when it is time to go he doesn’t want to leave.

I had originally planned to then go for a walk around the local National Trust House before going home but Matthew started whinging claiming he was tired and wanted to go home. So we went home and it left me wishing I’d stuck to my original plans as the boys just started wrestling, jumping, throwing and kicking balls in the lounge….

Initially it was beautifully sunny in the morning so I declared that I wanted to go on a family walk around Burgh Island but then lo and behold it started hailing….change of plan then, we decided to go to Trago Mills!

Now Edward quite likes Trago but only if he can run where he likes…but that’s not going to happen when we’re out with Daddy so Edward didn’t like it one little bit…..he was throwing himself on the floor, wailing, flailing, hanging onto my legs, shouting to be picked up, crying etc. We had initially gone to Trago to look at a garden waste shredder in their big garden centre but by the time we’d walked through the shop we’d lost the will to live so never even made it to the garden centre….

We did manage to buy a few things but they were having problems with their tills so that meant there were long queues….well, let me tell you that standing in a queue is not something that Edward takes kindly to…..

Anyway, we then piled in car and went back home. We’d had survived the trip but it was tough. My initial reaction to this trip is not to take him out again because it’s too stressful but what good would that do? He’d drive me potty if we stayed in the house all day and it’s good for his social skills to go out and about. He wasn’t such a problem when he was small as I could easily carry him, put him in the buggy or on reins, but as he’s approaching 6 he’s getting more challenging. My hope is that eventually the public awareness of the condition will be such that it will no longer be embarrassing when he has a meltdown out in public. Nobody said anything to us yesterday but I was still conscious that people were staring.

Can any other families relate to this? I’d be interested to know your experiences. 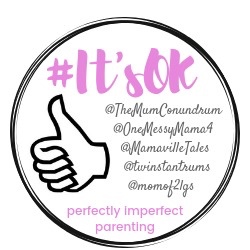 Because moaning about motherhood makes it more manageable

Adventures of a Square Peg trying to fit in a round hole.

Planning the life you want